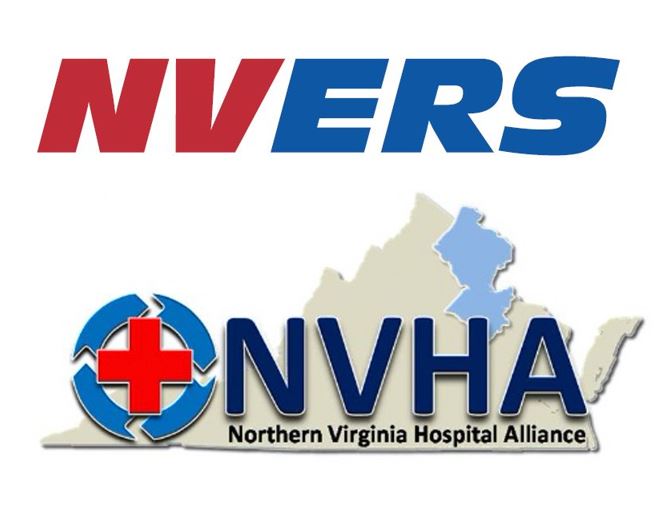 On April 30, 2021, the Northern Virginia Emergency Response System (NVERS) and Northern Virginia Hospital Alliance (NVHA) announced exciting news about the future of the two organizations. Thanks to the commitment and efforts of many regional partners, the two organizations have successfully coordinated, supported, and promoted a regional approach to preparedness, response, and recovery activities for the past two decades.

The hospitals and localities of Northern Virginia believe region-wide systems and capabilities, spanning both jurisdictional and discipline boundaries, are essential to a collective and coordinated response to emergencies and disasters to provide the highest level of care to our community. In that spirit, NVHA and NVERS are pleased to announce the planned merger of the two organizations.  The merger will remove an organizational boundary to allow for enhanced collaboration among our expanding coalition of community partners.

When the leadership of the 16 member hospitals formed NVHA in 2002 in the wake of 9/11, they did so recognizing that while the hospitals are daily competitors, it was imperative to operate as a unified healthcare system during disasters and emergencies. In doing so, NVHA formed the nation’s first healthcare coalition and became the catalyst for others and federal support for similar efforts throughout the nation. Today there are more than 470 federally recognized and funded healthcare coalitions.

NVERS charted a similar path. Although it was created in 2005 as a regional Metropolitan Medical Response System, the partners quickly recognized an opportunity for broader emergency response collaboration. They rebranded as NVERS in 2007 to reflect that multi-disciplinary focus. Today, nine disciplines representing twenty-five localities build and enhance Northern Virginia’s capability and capacity and serve as a national model for a regional approach to preparedness.

Over the course of the past two decades, both organizations and the region we serve have evolved. Our stakeholders and their needs have expanded and begun to overlap, either through necessity or due to funding requirements, as community preparedness now involves a multitude of partners and capabilities. That has blurred our organizational boundaries.

While natural synergies exist between NVHA and NVERS, not least of which being our shared missions for coordinating preparedness and response among our respective members, a boundary has nonetheless persisted due to the restrictions of our separate federal funding streams. Merging these two regional organizations will remove such restrictions. It also will reduce competing or redundant activities, allowing us to focus more on meeting the expanding needs of our coalition partners, and clear any confusion about our sometimes overlapping roles. For example, it is NVHA that operates the Regional Healthcare Coordination Center that interacts regularly with the response agency membership of NVERS.

The interdependence of our two organizations, and the value of a more seamless relationship, has been highlighted during the region’s ongoing response to COVID-19, through which we have supported our partners every step of the way from procurement of PPE to testing to vaccination. This merger will provide even greater opportunities for stakeholders to further their efforts with strategic planning, priority setting, information sharing, training, exercises, and equipment acquisition.

Participation from stakeholders will continue as before, albeit soon with the combined resources, expertise, and support from a combined organization. A formal name change will be forthcoming. Our member hospitals and localities are excited to begin this transition, and we are grateful to all of our partners for their continued time and dedication to the communities we serve. We look forward to sharing additional updates as we undertake this next chapter in regional preparedness and response in Northern Virginia.