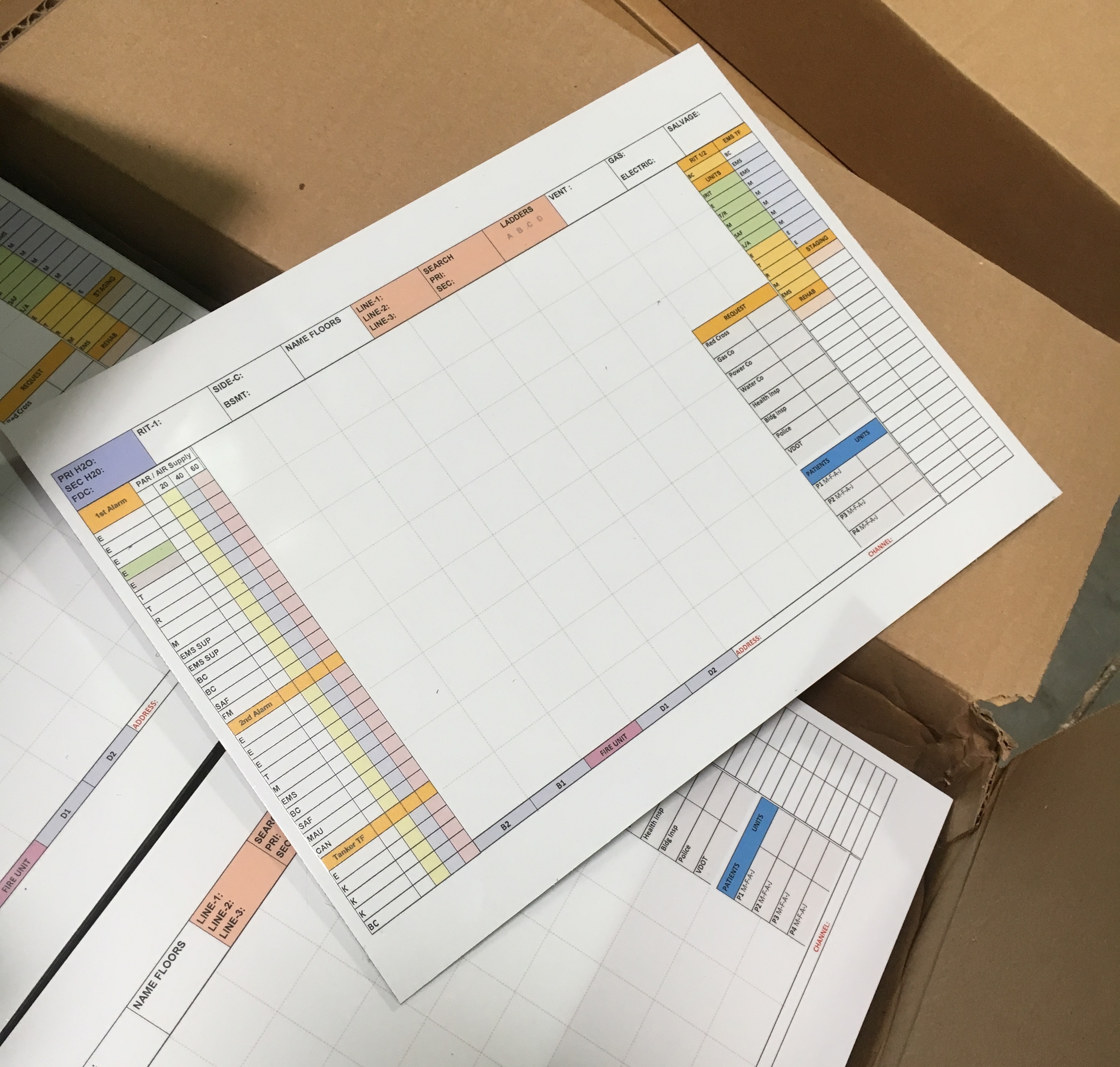 Incident command boards are used to track assigned functional units from 1st Alarms to 2nd Alarms as well as essential event information such as an incident address, occupancy type, Command staffing, and tactical radio channels.  The incident command boards also capture Division, Branch, and Group Supervisors for the event and the unit location as an associated task.  Command Boards have a section specifically for Rapid Intervention Team (RIT) information and the staging of apparatus during an active violence incident.  Checkboxes located on the command board are for primary and secondary searches, exposures checked, and check-off boxes for the incident being marked under control. Incident command boards are critical during “Mayday” events when the Incident Commander has to quickly account for all crews and personnel, as well as the normal 20, 40, and 60 minute PAR checks.